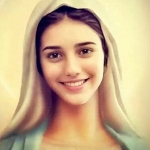 Join me for six mystical nights as we retrace the footsteps of Sarah and her journey from Glastonbury to Iona, Scotland’s ‘cradle of Christianity.’  These stories may stir and reawaken any associations with Sarah, Iona and the Sacred Union between early Christianity and Druidism.

Iona is a holy isle and known as the birthplace of Christianity in Scotland. St Columba and 12 companions came here from Ireland in AD 563. A celebration of the beauty and mystery of Iona – a hallowed place of pilgrimage and spiritual self-discovery.

With a history shrouded in spirituality and mystery, the Scottish isle of Iona has always been revered as a holy place, the centre of Scottish Christianity. Legends abound of Jesus and Mary Magdalene alighting and living here before the Crucifixion, and it is also believed that Christ visited the island with his mother.

But it is the associations with Sarah, the daughter of Mary and Jesus, that I wish to share with you all. There is an astonishing ancient link between Iona and Rosslyn Chapel, the extraordinary unfinished building near Edinburgh, another prominent destination for those interested in biblical, masonic and pagan history. Let’s go on a journey of revelation, unlocking the golden secret of the island and unveiling why, how and what happened as the Feminine aspect led The Way throughout a birthing Scotland.