Sacred Heart Transmissions:
Order of the Dove
Bodhisattva: The One Who Walks Among Us 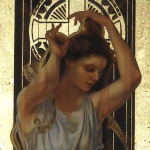 Bodhisattva: The One Who Walks Among Us

The compassionate deity who walks among us.

These PrayerWorks will bring us into direct experience of those much-needed friends in the subtle worlds of pure consciousness which remain near to our plane of existence to assist us at this time. mIn 2002 I renewed the Bodhisattva Vow, as I understand that no one takes the Bodhisattva vow for the first time; it is something that gets renewed the very moment you realise such a pledge is possible.

What is a bodhisattva you may ask? A bodhisattva is a Buddhist deity who has attained the highest level of enlightenment, but who delays their entry into Paradise in order to help the earthbound. The bodhisattva, known in Sanskrit as Avalokiteśvara, takes both male and female forms and are associated with the qualities of mercy and compassion; perhaps we could also say, one who acts like a true adult. That is to say most people in the world act like children.

Today most people who are called adults are only pseudo-adults. Physically they grow up and become adult but spiritually too many people never mature to adulthood. A bodhisattva is one who sees the world through adult eyes and whose actions are the actions of a true adult. That is really what a bodhisattva is.

It’s easy to be a buddha sitting in a dissociated state of blissful elevation above the world. We have enough of those types of people already.

While the Buddha is clean, detached, and purified non-dual awareness, the Bodhisattva is a tantric, fleshly, wild-divine being who knows what to do with the blood, pain, and filth of life. The survival of our society, our very existence as a race, and our planet depend on it.

This Live and Recorded Transmission will be yours to keep as an audio file.