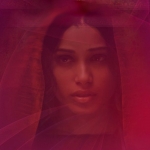 In this transmission we go on a journey to the ‘original’ moment when the Grail came to earth through the embodiment of Zoe, the Holy Sophia’s daughter (as known as the original Eve).  This was not the subservient and passive Eve from the Garden of Eden, but rather a radiant, light made flesh fully molten Queen of the Pleroma.  A human/divine woman birthed from the Motherhood of God, and placed amongst us. She was the first one, and ever since that moment there has been a continuation of female embodiments.  Always and Forever the grail has been upon this planet, sometimes sleeping, sometimes awake, always incarnated.

Every so often the Grail is awakened to serve the whole.  Perhaps as a living chalice/womb, to become Mother to an Avatar, as She forges Her child from the essence of Her own being (Mother Mary). Perhaps to bring a Nation to its knees in order to rebirth the good, the wise and holy (Joan of Arc).  Perhaps to initiate a great male soul to the fullest and highest of His potential so He may transmit God’s Truth to the One and the Many (Mary Magdalene). Perhaps as a wisdom keeper, ennobling a Myth to keep its story alive for the generations to come (could that be us?) …. Allow yourself to feel…

The Grail is a lineage of awakened souls, a bloodline irradiated with light.  The Grail is not a Christian concept – yet includes the Christ Teachings.

The "Grail" is the family of awakened souls who are intrinsically married to the pulsation of God's Will, and are simultaneously forged into action from the resonance of that Will...not because they 'can', but because they 'do'....

This transmission would serve:

This audio can be played over and over as it carries the triggering codes of this transmission.  When you link with this consciousness the invocation begins.

This would be a perfect transmission to receive before the Invoking The One Transmission on Magdalene’s Feast Day. Register Here to receive your PDF and Guided Audio spoken by myself. Once received - these transmisisons can be listened to again and again.