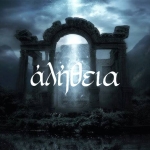 An Immersive Experience into Truth, where it sits in your body, the voice that speaks it, the power behind it and it’s almost forgotten Love.

During the last century, the idea of Truth has deflated, becoming a barren terrain from which philosophers fled. They must return – urgently, for Truth is real and very much alive. Truth may not be only the eternal, unchanging form that Plato thought it was, but that doesn’t mean it can be destroyed by a few malevolent politicians, tech moguls or linguistic philosophers. They may attempt to undermine or invent reality whilst simultaneously dumbing down our thirst for Reality. If they manage this, the question of Truth is as urgent, or even more urgent, than ever, and I would say that despite the difficulties, we need to take another crack at it.

Aletheia is known as the joy of Truth forever; maybe that’s a reach, but maybe not, but we must reach for the Truth as we find it because we need it, and we need it now.