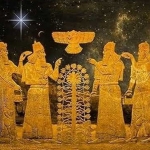 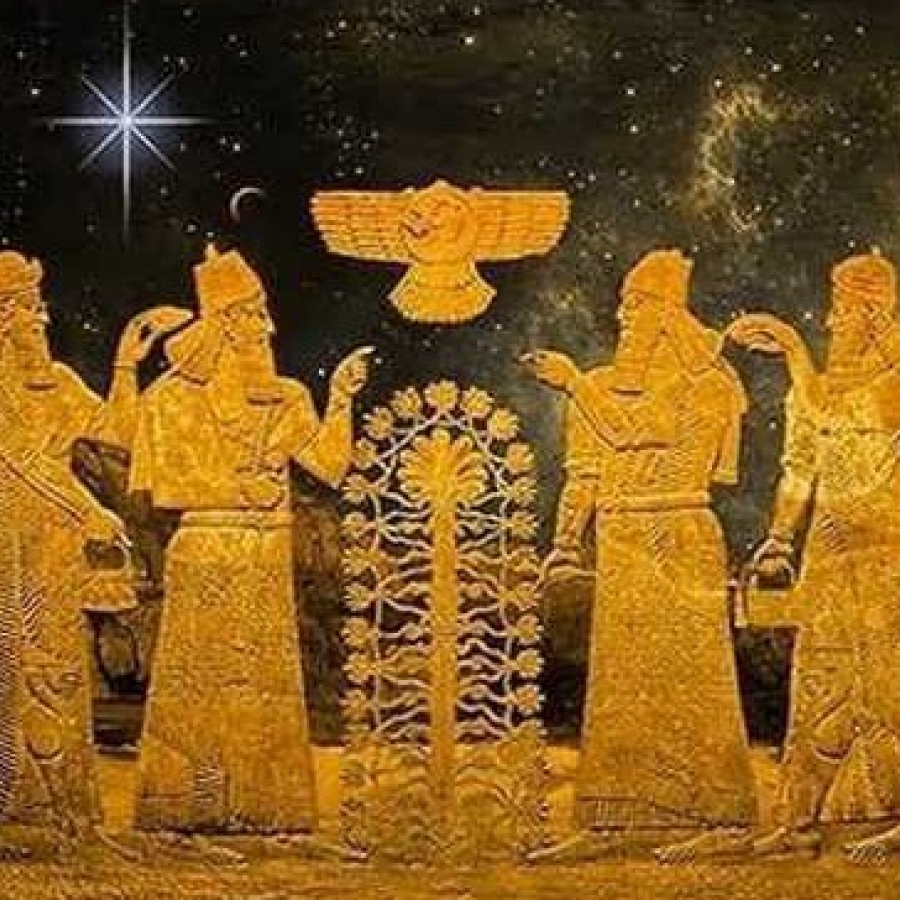 The Starfire is the menstrual blood of the Goddess. This term is first used in a series of ancient Sumerian tablets, describing a 'moon' elixir that flows from the great Queen/Goddess of an extra-terrestrial race, known as the Annunaki. The Star Fire was filled with components (DNA and a particular gene) that opened (and later kept open) the Pineal and Pituitary glands, granting clear wisdom and insight. It was ritualistically used in ancient (and modern) times by the early mystery schools, Priestly Elite, Kings and the male offspring of the Annunaki.

It is important to note that only males partook of this Elixir. Queens, Priestesses and the mothers of Annunaki offspring did not need this elixir for its spiritual properties, because they were 'made' of it.

After some time, the Star Fire was created here, on earth by ingesting the menstrual blood of virgin priestesses. Who were once again bred for this single purpose.

These priestesses, known as the scarlet women, were said to be the women who contained the voice. They were producing and speaking the wisdom of tomorrow. They produced the "Star Fire", in their womb, and during their moon cycle, they would the utterer the word. The utterer, then became the uterus.

We also have to realise it is not the blood itself that produces the effect, it is what the blood carries, and that is a genetic line that moved from generation to generation in the female line, from Mother to Daughter. That's why the "Scarlet Women" did not need to ingest the Star Fire - they were made of it. This Kingly quality, to the ability to rule, came from their Mother. This Priestly quality, the ability to commune with the All, came from their Mother.

These "Scarlet Women" led a pure and clean life within Temple walls, maintaining the quality and potency of their Star Fire for the Royal bloodline, who had the duty of guiding humanity in the good direction and maintaining a balance here on Earth, and our entire solar system. These men, in union with their female Star Fire counterparts, were the Kings and Queens of Sumeria, later the male and female Pharaohs of Egypt and then the ancient Israelites. It was here in this time, that two things happened of significant importance. Number One, the idea of a single male god and rule kicked in and Number Two, it became forbidden to partake of anything that contained blood.

So the ritual was gone.

In its place was a substance called White Powder Gold, Manna and the Bread from Heaven, also known today as Ormus.

What I want to address now, is the number of women who feel very powerfully connected to these Scarlet Women, and the Star Fire within them.  I myself, feel one of them.

What I have noticed is a couple of unifying traits and tendencies. We seem to be/have been Daddies girls. We have this feeling or actual experience of being hunted and pursued by a shadowy oppressor. Perhaps our father's knew this about us and was worried/concerned for our safety. This shadow force will lead us into the Underworld, where we have no choice but to descend. Our life implodes, and everything that was untrue or artificial - disintegrates. We get tested over and over again until our merit and virtues start to shine with Truth.

We realise we did not have contact with our feminine essence, not in a way that is needed and of extreme importance. Through the fog and mists, we start to find our way again, this time with discernment and 'voice' under our belt.

We ascend like the Phoenix, aware of Star Fire and ready to live as a noble custodian of such an onus. This quality does not make us special with special powers. However, there is a sense of ever-lasting faith, peace and joy despite carrying a burden of great responsibility.

The burden, for me, is the ability to see, feel and know the spiritual state of humankind, the earth and everything that lives here, or comes into contact with this 'here' moment. And to do whatever I can, if I am able, to stand for goodness, and the right way of doing things.

I want to remind us again the women never ingested Star Fire, and I am concerned with today's womb and sacred feminine teachings that suggest to women to drink their own menstrual blood.

Huge alarm bells go off when I hear this.

You don't need to ingest your blood, and please, do not offer it to another without the conscious awareness of what you are doing. Sharing your blood with another is offering them 'carte blanche' to the inner workings of your being and mind. And again, without full awareness, never mix blood with others in some kind of ritualised ceremony that someone else is presiding over. Never give your blood to someone's else's agenda.

This blood/genetic line has been hunted down by the Forces of Anti-Awakening, to distract at any cost, it's carriers and the rest of humanity from realising its true origins.

If you feel connected to this information. Then one of our duties is to keep our blood/genes clean, pure and vibrant. Garlic (keep the vampires from your door) will do this. Again, going back to the days of the witches (scarlet women) get yourself a daemon/familiar/numen - an animal companion. These incredible beings absolutely enhance your life in every way. They will nourish your awakening.

I also have a deep and trustable sense that the Priestesses of this time, became our witches, healers, wise-women and now us. There is a tremendous and dependable connection between us and the natural/magical world. If there are no humans that cannot 'see' the fairies, elves, gnomes and otherworldly creatures of nature, then the race that we have been born into will just continue to keep on cutting down the forests, killing the wildlife and polluting the oceans.

Only we, those of us who can see and feel, can keep Earth magical and prosperous to all life. Let's commit to the straight and narrow path, and raise our vibration in a way that gives us the strength and power to be what this bloodline has no other choice but to be - the Guiding Light of Goodness...