Themiskyra: Wisdom of the Amazons 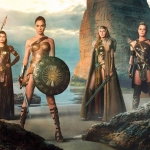 Themiskyra: Wisdom of the Amazons

On this call, I would like to take you on a journey to the city of Themiskya on the Black Sea. This is the place where the fictional character, Wonder Woman comes from.

I believe and have been told by a couple of significant seers, that I carry memories of that time. I see this very same connection in some of you. Perhaps you were once, or have a connection with - an Amazon Woman. Themiskirya is believed to have been an Aegean Island, off the coast of Greece. This was once a Matriarchal Paradise island, with only women living there. These women were exceptionally beautiful and strong. They fought as well as men and were feared by many. Men were occasionally allowed to come to the island - only to mate, whereas some stories suggest that all baby boys were sadly killed.

All the baby girls were kept and cherished, becoming yet another generation of Amazon Women.

Rather than dispute that strange and unfamiliar act. There had to be an important reason. Why was the male line, so instantly got rid of?

10 years ago I lived on an Aegean island - hence carrying a strong memory of that life. I feel called to remind you of that time, so you can rekindle your connection to those women, their spirit, their values and their sovereignty. By the time the call comes round, I hope to have some deeper answers, some insight into their methodology and way of life.

There appears to be a darkening on the horizon, whereas these living memories of Themiskirya could bring a very fierce feminine Light and resilience.

On this call, I would like to take you on a journey to the city of Themiskya on the Black Sea. This is the place where the fictional character, Wonder Woman comes from.

Or is she fictional? Princess Diana of Themyscira, Wonder Woman, is of Amazonian blue-blood. And perhaps, now as we dream in the new world, it would be worth remembering the much older one. The one before patriarchy. The one history pretends never existed.

There are many of us here - that were once Amazons - this is who I hope will jump on the call.