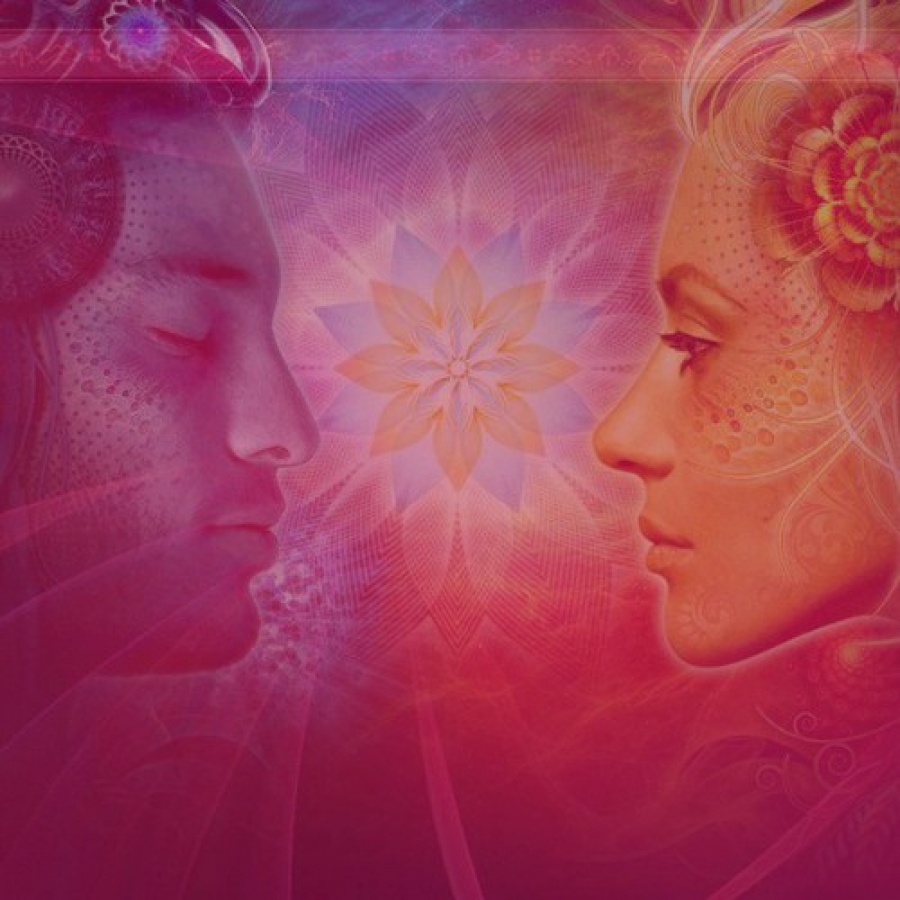 The Christos Sophia transmissions invoke and communicate with the presence and power of the Holy Bride – the female emanation of the Christos, Christ the Sophia (Wisdom). If one opens one’s mind and heart to her, inviting and welcoming her presence into oneself and one’s life, then she will enter and reveal herself as Christ the Sophia. Through her, one will acquire gnosis (direct experience) of the Holy Bride and Risen Savior joined in mystical union with God.

On this day let us call forth our inner saboteur, the saboteur that does not believe in this radical embodiment process or the holiness of the creation

This transmission opens up the pathways to enter the primordial womb, a rich and resurrecting realm. Using this auspicious night to restore our primal connection with our womb-center, an exhaustless source of power, creativity, security and sacred space.

This transmission is for both genders.  It is a mystical gateway to discover and embody the Divine Mother and the crucial counterpart as co-redemptrix, embodying fierceness and human vulnerability.

Reconnect with the Divine Mother as the healing power of sacred relationship in a way that opens the portals to divine embodiment.

This transmission is a journey towards the altar of your own Sacred Union.  Using prayers and words to manifest a reality where your inner feminine and masculine can not only emerge but also come together before a Holy Presence and vow to wed for eternity.

The Maiden of Light (Menarche Rebirth)

The Maiden of Light is an aspect of Sophia that is virginal, untouched, untainted, betrothed to God and utterly pure.  For this transmission we shall we working with the Feminine Rite of Passage called Menarche – the first menstrual cycle.

This transmission (prayer & activation/renewal of vows) is in honor of the last of the Cathars who were burnt by the Inquisition of the Roman Catholic Church at Montsegur, France…

The Mother of Royal Blood

The Mother of Royal Blood is an aspect of the Sophia that ‘gives birth’ through the royal bloodline.  This aspect of her is part of the Blood Mysteries, an ancient practice of working with the womb, ovulation and menstrual cycle as a part of a woman’s (and man’s) spiritual path.

The Christos Sophia transmissions invoke and communicate with the presence and power of the Holy Bride – the female emanation of the Christos, Christ the Sophia (Wisdom). The Holy Bride is known to have seven faces and three aspects; which are the Maiden of Light, the Mother of Royal Blood and the Lady of Radiant Darkness.

The Courts of Love

Join us for a month long alchemical adventure into Courtly Love, where we reverse the roles of our usual modern-day relationships in the name of exploration and ever-deepening intimacy.

Compassionate Womb is a transmission known as The Rite of Anointment, a spoken ritual to cleanse the womb of all fragmentation and discordance. This transmission carries within its prayer the…

This transmission is for both genders.  It is a mystical gateway to discover and embody the template of the sacred masculine by using Yeshua as a model of the fusion of gentleness and power.

Reconnect with the Divine Father as infinite power, wisdom, mercy and justice.

This transmission is to ‘transmit’ to you a gateway to experience palpable Divine Union in your body, heart, mind and soul.  By guiding your consciousness to receive and reach for the Divine Human Template, we enter the Bridal Chamber.

There is a need for a Divine Feminine influence and power of womanhood in the world today. This transmission is one stream of consciousness among many proclaiming the Mother Spirit and Holy Bride and coequality of women and men in the Christ Spirit.