Taking the War Out of Man

Join me for nine successive days in a Novena to acknowledge and witness the Coming of the World Mother as a Dragon. So many of us can feel the monumental… 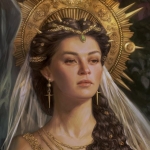 Between the Feast of the Ascension
and Pentecost 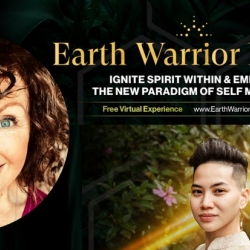 The old paradigm is dying. The old ways of being, creating and achieving has left us weary, depleted and unfulfilled. There is a new paradigm coming, one where we are walking in our personal power, in deep connection to Source and each other, and to walk the sacred way in achieving our callings in a way that fulfills us too.

I invite you to join me in this heart-activated online experience organized by Lotus Sky running from May 17-20. This experience contains the most pioneering conversations with the most powerful leaders who have walked the talk, and LIVED this path of new paradigm leadership. And I look forward to seeing you there! 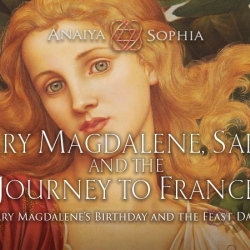 Mary Magdalene, Sarah and the Journey to France 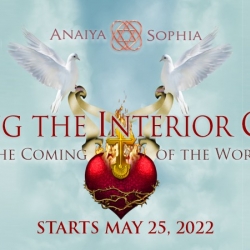 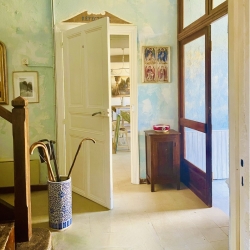 Les Contes is the last property as you climb your way through the towering gorge toward the village and chateau of Montsegur, known as the last Cathar stronghold. Book Now…

2022 ushers in the re-emergence of a Mystery School these mountains have known since time immemorial. The White Rose Mystery School does not need or seek permission or recognition from… 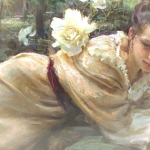 Narcissism: Healing From The Web Of Lies

I would like to open up a space where we can understand some of the core dynamics involved in this exploitative dynamic.  One of the common ones is Love-bombing, Usurping… 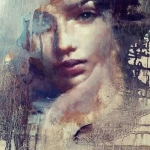 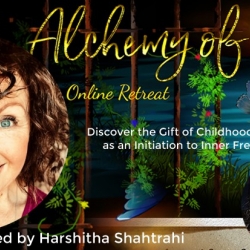 I have participated in an amazing upcoming free online retreat to testify with my beautifully re-written story, the one which I am living today. Join me and 9 other spirited sheroes at Alchemy of Hope: Discover the Gift of Childhood Trauma as an Initiation to Inner Freedom.

Join me for an 8-week immersion into the 8 Holy Hours of Sophia (Wisdom). This traditional framework powerfully strengthens the mystical awareness of the divine mystery within the everyday world.… 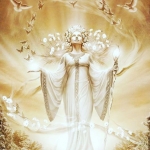 I believe the “Passion of the Christ” begins with the anointing of Jesus the Man by Mary Magdalene, initiating the ancient rite of “sacred marriage” proclaiming the “Christ the King”… 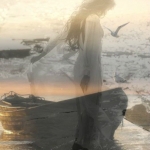 A 7-Week journey from Ground to Crown

Join Anaiya and Pete on a 7-week journey to embody and awaken the Temple Mysteries known as “Taking the War out of Man”. This piece of the puzzle can only be given in the Sacred Action of actually doing it. This is the priceless mystery of this work.

This sacred medicine has been kept enshrined within the heart of man. Only when a woman approaches him with pure intent will the medicine pour forth and awaken them both.

“Taking the War out of Man” is a term for an ancient process from the days of the Temple. Priestesses undertook this deep and skilful healing to facilitate the return of the men in body, mind and spirit after a long, drawn-out war. The men were invited to pass through the Temple doors before returning home to their wives and children. This was a natural and normal way of life. The Priestesses were regarded as holy women even in their sexuality, and they were known as handmaidens of the Mother; they were not seen as a threat. The men left the nightmare of the battlefield and passed through the temple doors with the full permission and deep gratitude of their families, who knew this work was essential, sacred and of the highest integrity.

Inside the temple walls, a Priestess would bathe, soothe, comfort and anoint all of a man’s wounds— physical, psychological, emotional and spiritual.  As she worked, she would expand her magnetic field to absorb the man’s wounded energy, literally drawing the effects of war out of his system—all fragmented memories, fearful thoughts and hidden traumas. Thus, through the power and purity of her energy field and her feminine womb, she would gently and tenderly love him back into wholeness.

This profound healing was gifted to man, not because the Priestess took on his wounds, but because she could transmute his suffering with the purity and power of her radiance. The luminosity of these Temple prostitutes was of the highest light, not because they were gifted or special, though they were trained, but because they loved with all of their body.  Their connection to the Mother was unsullied and pure, and hence their being was incorruptible and deeply comforting.

I would like to share with you this ancient practice, as I believe it to be an innate feminine ability that has not been lost. We all have a connection to the Divine Feminine power, which can be easily reactivated.

This Temple Mystery is an Oral Teaching that includes 7 Transmissions, 7 weekly online calls and suggested practices.

The Mystery of Taking the War out of Man program:

This is a journey for a man/ woman.  If you are in a same sex relationship, you will be working with masculine/feminine principles instead.

The "War" is man's ability to divide, judge, condem and revolt against.  This can be an internal turmoil as well as the fragmented aspects of trauma after a real confrontation with  battle.

Taking the War Out of Man
Individual Transmissions

The last and final step of this ancient practise is the entire handing over from the Priestess to the man's inner feminine.  For this work to be truly authentic…

Inside the temple walls, a priestess would bathe, soothe, comfort, and anoint all of a man’s wounds—physical, psychological, emotional, and spiritual. As she worked, she would expand her magnetic field…

With the utterance of his name, being spoken from the great depths of the womb - you are given the permission to recall his fragmented parts lost in loneliness, terror…

The breastplate in times of old would shield the warrior from fatal blows to his heart and chest. In this era many men have constructed an energetic breastplate for exactly…

At a certain stage in life, the warrior will have to "remove the key from underneath his mother's pillow".  This symbolises the Rite of Passage that frees his…

He without his roots, is never enough for Her... and She without her roots lives as a man in a woman's body. This is the transmission that brings in the…

This first step along the path gives birth to the sacred ground upon which he will stand.  Using our priestess wisdom, we will build with him the foundational…

Taking the War Out of Man Transmission

We begin with a guided journey into the remembrance of The Temple and the receiving of the battle weary men as they returned home from war. As the transmission unfolds…