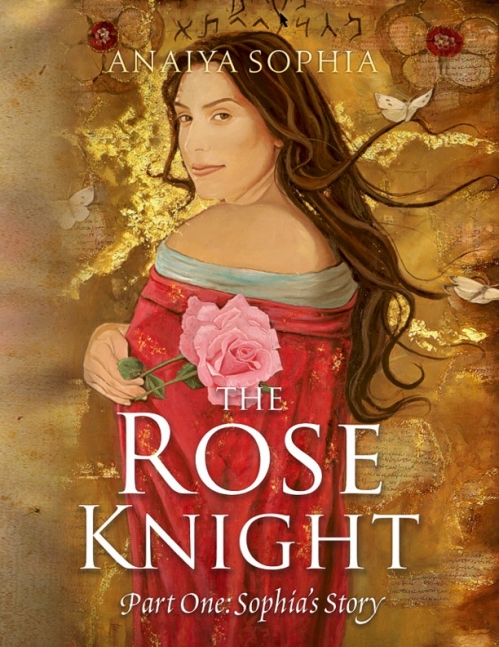 Order your own copy of The Rose Knight printed book, personally signedby Anaiya!

Out of the heavens came She, the Holy Sophia, the Mother of all Creation. Forsaking Her divinity, She falls to Earth and some things that should not be forgotten became lost. Awaiting Her is a growing abomination: a powerful Dark Lord attempting to control the world and enslave the divine spark of humanity forever.

Lonely, broken and blind to her own divinity, modern-day Sophia is found living in the suburbs of Los Angeles. With a one-way ticket to the south of France, she walks into a series of events that ferociously forces her to remember who she really is. With her self esteem shattered from an abusive relationship, it isn’t easy for Sophia to believe that she is actually the Queen of Heaven. In fact, it all seems like a horrible joke. As the seconds tick, Sophia discovers the true identity of the Dark Lord, the desperate situation humanity is facing, and how she is the One She sent to save them.

“The Rose Knight takes readers on a journey of epic proportions. Part One reads like a lost Bible Canon, while Part Two dives into a reality that hits very close to home. The Rose Knight grabs you by the heart and simply won’t let go until you finish. Anaiya’s storytelling transports you into another mystical dimension, one that demands your undivided attention.”

“A powerful storyteller with a passionate imagination, Anaiya Sophia ignites a gentle yet effulgent light as she guides the reader through her words in a journey of discovery. The Rose Knight is a fantastical meeting of ‘Sophia’ in our modern-day.”