Esclarmonde de Foix, the heretic counter-Pope who infused the hearts of so many, and still to this day lives on with even more vigour and resilience. 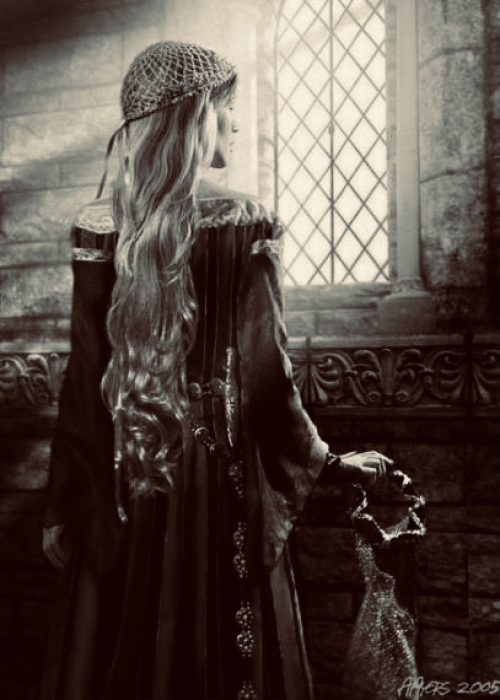 The word Esclarmonde means ‘Light of the World' and she continues to be truly that. Her day is coming, and it's almost here. This year is the 777th anniversary of the fall of Montsegur, known as the last Cathar stronghold. But I would like to tell a different story - because it did not fall, and it is far, far from being the last vestige of a lost and forgotten people.

France was the cultural centre of Europe at this time and the most culturally advanced part of France was precisely the South-West, the Languedoc, now Occitania where Esclarmonde was born in 1155.

It has been described as a region of aesthetic beauty equal to that of ancient Greece and as mystical as the golden dynasties of ancient Egypt. This would make sense as the remains of Egyptian, Greek and Roman colonies have been unearthed here. There is also archaeological evidence that a cult of the Egyptian goddess Isis, was established here.

In essence, Esclarmonde was born into a land, that continues to call for a Feminine Force to lead the way. Surrounding the young Esclarmonde would have been troubadours, parfaits, mystics, alchemists and artists - a melange of bristling possibility. And to all of them, she would have been their Notre Dame, their Divine Wisdom, Holy Sophia, their temporal power and transcendental authority - just because she was a woman who was desiring to serve.

In the Grail legends, the Feminine Archetype is portrayed as the actual goal of the Quest, as well as the guiding spirit of it, and to the troubadours - Esclarmonde was that the moment she became a parfait (Cathar holy woman) at the age of 51.

For the next 30 years, she became the face, heart and soul of the Cathar inferno that blazed across the south of France, into Italy, Spain, Portugal and England. She had no fixed abode and couldn't stay around for long as many bounty hunters were wanting her head. The Pope of Rome seethed at her popularity which grew and grew and threatened his own. He despised her so much - he sent forth a crusade, not only one but two. And still, she lived on.

Her appearances became legendary filling the people with hope and inspiration whenever she showed up. She became a mystery, was she real or imagined? Her status grew from a mere mortal to the Holy Spirit herself.

Her last appearance was noted by an inquisitor on that fateful day when over 220 Cathars willingly offered themselves to the flames, rather than deny their faith. It is said that something caught his eye above the chateau. When he turned he saw Esclarmonde (now known as Esclarmonde the Fox - because she simply couldn't be caught) holding the glinting grail up to the sun. Crying out 'seize her' she suddenly turned into a dove and flew across the valley to the higher peaks of Mt Soulerac where the grail now safely resides.

Where she was last seen stood a single rose surrounded by a circle of lilies whose fragrance filled the chateau and seeped down into the valley comforting those who perished.

It's tales like these that ignite my passion and stir the currents of my soul to whisper the words of one of the greatest troubadours - “Lady, I am yours and will be yours; I have been yours for as long as time. You were my first joy and will remain my joy until the end—so long as my life endures.”

Esclarmonde's body or resting place has never been found. She has no grave, no memorial, and even to this day, is forbidden to be made into a painting, or sculpture. No local towns are allowed to venerate her, even though the strength and love of her people flourish.

But we shall make a memorial to her. We shall erect a sculpture and commission a painting. We will write her name in stone and tell her stories by candlelight. We will recite the poetry of the Troubadours, and rekindle the faith amongst brothers and sisters once again.

One of the most remarkable aspects of this terrible story is that the Cathar Church did not vanish completely. It lived on, of all places, in the printing trade where, from 1282 and for the next three centuries, there appeared in the books printed in the Languedoc and also in the Auvergne region, an extraordinary coded system of watermarks: a secret language whereby members of the Church of the Holy Spirit could stay in touch with each other and keep their faith alive for the day when it could emerge without fear of persecution. One of the last Cathars spoke of the day, far in the future, when “the laurel would be green again.”

On that day, the Guardians of the Grail could rejoice. A new age would dawn, heralded by the symbol of the dove: emblem of Esclarmonde, Cathars, Troubadours and Templar Knights, who served the Church of the Holy Spirit and Sophia, the image of the Divine Wisdom hidden within Nature and the human soul.

I believe with everything that lives and dies inside of me, that this is now the Age of the Holy Spirit.

16th March 2021 is the 777th anniversary, not of the fall of Montsegur, but the Rise of Montsegur. And the 24th of August shall be the fulfilment of the 700-year-old prophecy when the laurel would be green again, proclaiming our Return.

In this dark time, you can safely know that a Light of equal measure is here, and spreading.