Lilith and Eve: The Forgotten Woman

Lilith and Eve: The Forgotten Woman 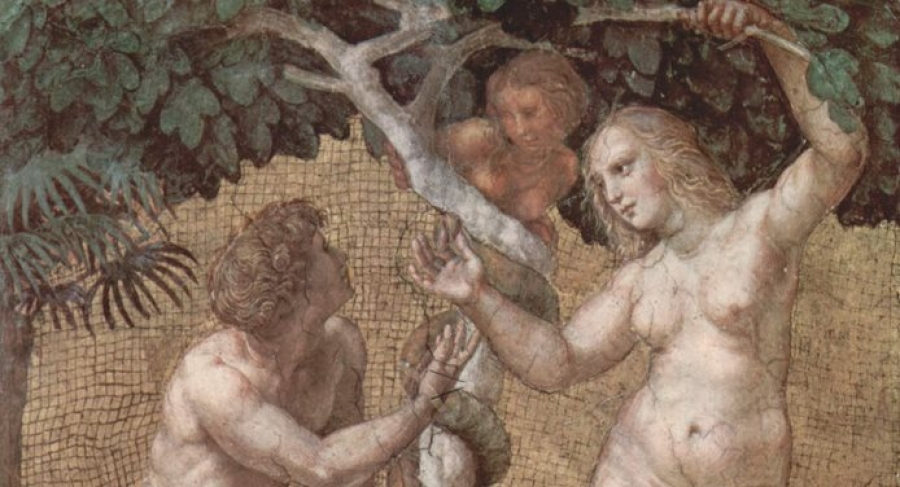 Here is the domain of the age-old inner power struggle between The Good Girl v The Bad Girl, personified at the beginning of human history by the feminine archetypes of Lilith and Eve.  The original story of creation begins with a powerful goddess, known as Lilith (Adam’s first wife) who was strong, independent and highly sexual, free and un-tameable.  She loved fiercely – but would not succumb to any form of domination, her feminine power had to be honoured and when it wasn’t she left Adam in the Garden of Creation and went off on her own.  The story even ‘warns’ us that she went against God’s wishes, which clearly reveals to us the sheer power of her virtue and unwavering sense of Self-Love.

After Lilith, we are introduced to Eve. In the biblical story we are told that Eve was created from “Adam’s Rib”. So immediately there is a sense of “ownership”, a play between the ‘creator’ and the ‘created’.  Eve was the complete opposite of Lilith, soft, gentle, subservient and passive.  Her role was to ‘serve’ Adam and create the children of the future.  Despite Adam’s near perfect design, still within the sweet and innocent heart of Eve, there was a flicker of Lilith’s spirit that remained, as we are told it was Eve that bit into the apple of the Forbidden Fruit.  From there on, Eve gets carries the burden, of the shame and guilt of being “the one” that had them both cast out of the Garden of Eden. But it wasn’t the shame of biting into the apple that she was carrying.  It was the shame and pain of being severed from Lilith.

This polarity still gets played out within the hearts of mortal women here on Earth.  One moment we are Lilith – powerful, sexual, forbidden, untameable, creative, wild and free, and in the next moment we become Eve, sweet, caring, gentle, loving, innocent, pure and nice. Men imagine that they do not have to deal so much with this archetypal power play that can at times play itself out on a daily basis with women.  But they do.  They experience this polarity when in relationship with women as a form of projection. How may times have you been on the receiving end of a man adoring your Lilith nature when you first meet or in the early stages of dating, and then once you become ‘his’, he begins to scorn and hate that part of you?  Manipulating and cajoling you into becoming Eve all of the time.  Which women usually buy into, silently agreeing to his demands for a multitude of reasons ranging from “he will love me more”, or “I won’t loose him if I become what he wants me to be” and the classic “It is ‘right’ to be a good woman, I must abandon that part of me which is ‘bad”.

You would of thought that becoming Eve 24/7 would fix the problem, right?  Seems feasible to believe that if you become Eve, you will live happily ever after?  Not true, what really happens is that you become shut down and repressed, resulting in the inevitable inner or outer ‘betrayal” by your partner to seek out Lilith again, usually in the arms of another woman, or his mind.  Doesn’t really matter which – as it will be felt deeply by the woman as a third person/presence The real betrayal is between both parties.  The woman betraying her full self, and the man betraying his innocence as he sides with the dualistic nature of his mind.  I feel that a woman can accept her Lilith and Eve aspects relatively easily once we are told about them and embark on some sexual healing to bring them back into balance.  I feel at this current time on the planet it’s the masculine that is rigidly holding on what is seen as ‘good’ and ‘bad’ and finds it very difficult to see ‘his’ woman bearing both fruits.

The usual ending to this tale is that the man goes out to hunt for Lilith, seeking an illicit affair that seems to bring him back to life, as at first he is enticed and seduced, thrilled by the masterful knowingness of Lilith’s charms.  Yet it is a presence that he can not handle for very long, as she too is polarized and knows only one identity.  Eventually, just as he feels he is about to become ‘lost’ in her presence, he reverts and runs from her in terror.   He is afraid of her power and seduction, fearful that she is claiming his soul that he runs back to Eve begging for her forgiveness.  Eve being a good and nice person accepts him back yet secretly writhes in pain; she has become broken inside, distrust of the masculine sets root as she cries infinite tears in the realization that she has shamefully disconnected from her Lilith. Not only that, but the once true bond between her and Adam has been broken and now only exists as a form of fusion, a connection based on a lie.  And that my dear fellow humans, is where we find ourselves now. That is where men get hooked into this particular form of duality. This drama can be easily healed by both people by at first, simply understanding and owning this type of duality.

Ask to see and feel the deeply unconscious energies of attraction and repulsion towards Lilith, which sleep dormant within you until triggered. Once you have the energies to hand, both people will need to begin a course in sexual healing.  A woman has to be shown, guided and encouraged how to re-awaken Lilith (its usually Lilith that has been suppressed – although it can be a role-reversal). We will cover that in Part:2 of this article. While a man has to root out his belief systems that he has embedded into his mind, that he wants Eve as a partner/wife and Lilith as a lover at arms’ length.  Once he was done that, he will then have to be re-introduced to a woman who healthily houses both qualities. It will have to become his ‘experience’ that two are actually one. Lilith and Eve can comfortably live within a true woman. And that my dear female friends are where we all have to go.  To soulfully reunite with our Lilith and Eve within us.  Feeling comfortable with both aspects, releasing all shame and grief from within the archetypes, until there really only is One Woman.  As your male partner is only mirroring what is being felt by your inner masculine.

You know this is true. But like most things on the spiritual path – the feminine part of us has to go first and take those first courageous steps, only because the masculine has become so ‘set’, it is only the fluidity of the feminine that can bring about balance.  It has been my intention to create the Awakening of the Seven Gates and the Forgotten Woman workshops to address this split and to bring about a rapturous reunion.