My Interpretation of the Notre-Dame fire

My Interpretation of the Notre-Dame fire 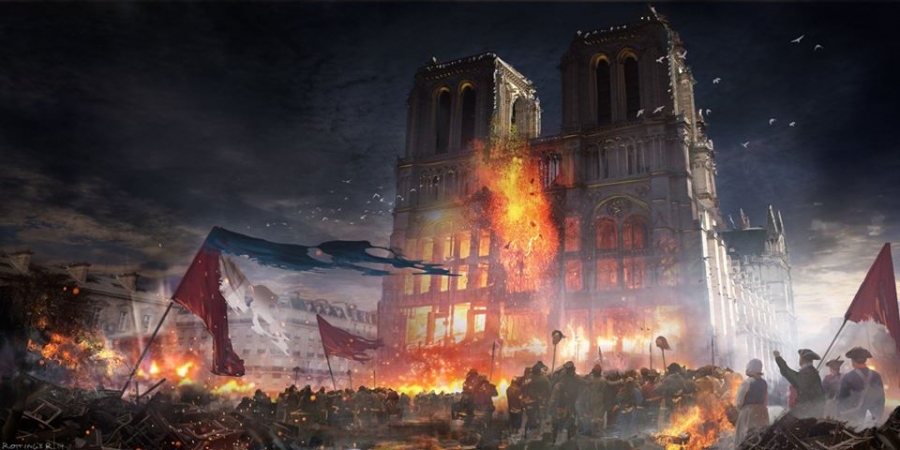 When the fire began I was speaking with Akara Sophia . There was a glorious rapport between us, a sense of something coming together, a deep knowing that the land and it's many cultures, races and traditions could find common ground. A wonderful euphoric sense of YES! To then come off that call and be plunged heart first into the news of Notre-Dame in flames. Despite the shocking images I watched the live video, calmy. I watched the spire fall. I walked away and went silent for the whole night, mulling it over in my body.

Later when I went to bed I dropped 3 drops of Frankincense on my tongue and went to Notre-Dame and asked to receive the Truth. I sensed elation. I sensed purification. I sensed freedom of spirit. All night I was in vigil, weaving in and out of many things.

The Templars built this Cathedral in honour of Mary Magdalene, who was/is personified as the Black Madonna. Going deeper still, Sophia. So many people have been burnt at the stake in front of Notre-Dame. The last Grand Master Jacques de Molay and countless women accused of being a witch. Still, to this day we do not know the true figures of how many women were executed. Notre-Dame is also the central heart of Paris, being a massive vortex of many interlinking ley lines, known as the 'point zero'. So whatever was happening up above, was also happening down below.

As we know this is happening at the start of Holy Week. The moment when Christ entered Jerusalem knowingly stepping into his initiation. One of the many artefacts housed at the cathedral is the Crown of Thorns. Thankfully, this is still safe.

And so, as we go deeper... Beneath the Cathedral lay the ruins of a Temple of Isis, who had an altar devoted to Jupiter. In Greek mythology, this would have been Zeus, in Ancient Egypt - Osirus. The resurrecting king. And the King of Resurrection.

Towards the end of my lucid dreaming, I received these words:

"By the time Notre-Dame is fully restored the Roman Catholic Church would have fallen into disrepair".

My overall feeling is that the Sacred Feminine that dwells in the land beneath Notre-Dame is erupting and surging through all that is false and contained. As she opens the path like a fiery phoenix, so the utter pristine purity of the True Kings shall ARise. Birthed out of the flames of the Feminine. Only those who are brave enough to be incinerated by her act of destruction will arise as freshly newborn kings.

The Ile de la Cité (Island Notre-Dame sits on), is an ancient Pagan/Celtic sacred site that is in the throes of birthing itself. My heart goes out to all the people suffering and feeling a sense of great loss. And heartfelt gratitude to those courageous fire-fighters.

May Peace Prevail and May the Truth be known to all people.