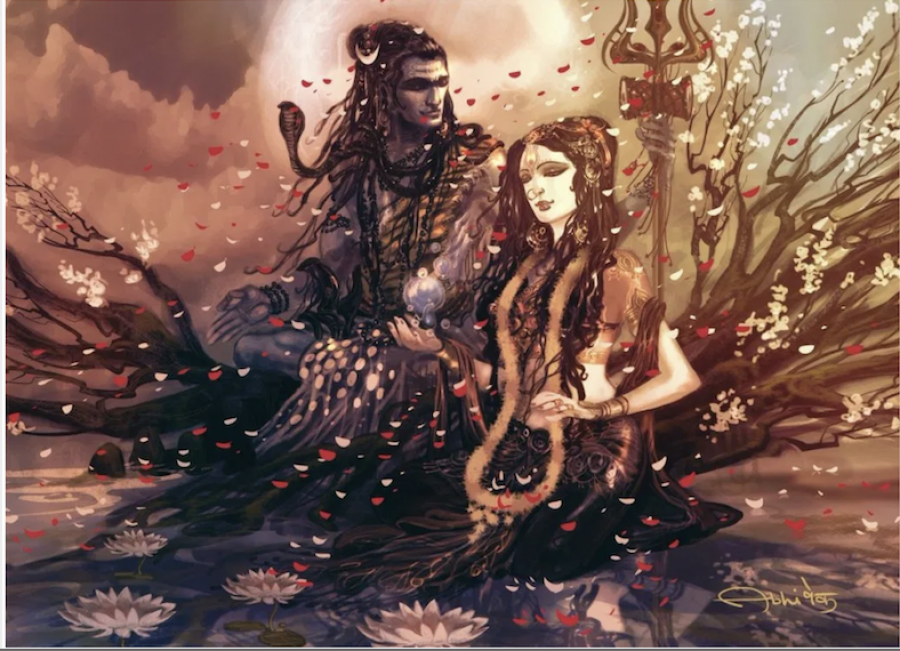 I first sat down on a sheepskin in 1996 for a Kundalini Yoga class in London's East End, with Sat Katar Kaur. It was in that first class that I was able to come into contact with all the hurt and sorrow I carried in my heart. I can still say to this day, that this form of yoga was and is the greatest and most potent psychospiritual technology I have ever experienced.
It was in that first class that the journey began, and still 23 years later, a yoga I continue to practise, with only the mantras that sit well in my heart.BUT, it has become even more clear recently in the latest Premka scandal that an essential part of the teachings and lifestyle has been dangerously missing.
I officially stopped being an outward serving teacher in 2009, because I needed to experience something more. Something that I could not find in the Kundalini Yoga community - and that was the feminine.
I hardly experienced any form of warmth, embodiment, unbridled joy, or sensuality within the teachers, the conversation and certainly not in the lifestyle. Any students that naturally possessed that quality of energy, seemed to change, and become pale imitations of their earlier selves.
I watched one by one, as many students embarked upon the teacher training programme, and became yet another teacher, who seemed 'better than, and special'.
Back in my day, it was quite common to always wear white and a turban while teaching. I myself did that. But there was no way that I was joining the Kundalini 3HO community. I just knew - that was not the right place for me.
It seemed as if the 3HO community (Healthy, Happy, Holy) represented staunch, unquestionable rules, excessive discipline and a puritanical approach to sex, appearance and relationships. The majority of female teachers I met were unabashedly unfriendly, aloof and competitive. It was blatantly obvious they were enjoying the financial returns and status that came from being in the inner circle.
I began to question this, but there was no way 'in' for a more in-depth conversation. No one was open to talking about this - why? It was as if these inner circle teachers were superstars. And they allowed this to be believed. They played the game of wearing expensive jewels, having an entourage and seen to be 'channelling' Yogi Bhajan through a pre-recorded VHS video, while he was in another part of the world, too busy to attend. But ready enough to receive the proceeds.
And, they continued to do this despite him having died.
Now that I have grown older and become wiser, I know without a shadow of a doubt - this was an illusion.
So, as I and many others were doing our best to live up to these strict expectations; it appears the yogic master, and many of the male teachers were indulging in the complete opposite of what the tradition stood for.
Since reading the Premka book, and the many accounts from both male and female teachers and students, I can see that the 'core' of Kundalini Yoga was corrupt.
That which we were not encouraged to exhibit, or seek out, was being secretly and distortedly abused at the very centre. And 'that' once again was the feminine essence. Yogi Bhajan had this image in his mind, that the feminine was to be virgin-like, pure and holy, and yet, allegedly within his personal life, he (and many others) may well have been seeking out something else.
Just like the Catholic Church, corruption, abuse, dishonesty and domination began to take hold. The feminine principle was locked down and squeezed into a space that was too small and stifling. The only way for the feminine to exist in the Kundalini Community was if she became Eve, passive and serving. But this backfired completely, as Eve, cannot be Eve, without Lilith. Instead, the Kundalini version of Eve was like a Mother Superior - rigid, strict, cold and filled with self-importance.
So now, as the Kundalini Community goes up in smoke, thanks to the permission and power of Premka to speak up and speak out - now there is a chance for something else.
And this is the main point of this post. Because now it is time for the feminine, the women to take the teachings of Yoga into their own hands.
Men have led this tradition for centuries, and in the early days, they led well. But now, every tradition I know of has become infected by a virus, that must be contained until it dies off. And that virus - is an unhealthy relationship with the feminine.
Male teachers have delivered the importance of the masculine principles in yoga - discipline, commitment, stillness and solitude. But now we need the feminine in all her radiant glory to come forth.
And this is what I cry out to all the female teachers. Your time has come!
Rise like a Phoenix from the ashes and guide your community with your own feminine knowing. Shake off the old, and step into - what you know you hold deep within.
It is time for the yogi to embrace the real shakti you possess. Not some mantra that we chant while holding our spines straight and our eyes firmly held at the third eye. No!
This Shakti is alive and wants to dance vibrantly with the immense potential that Kundalini Yoga holds when fully united and unleashed within a body/mind that is free.

You will know what to do. Now is the time to do it.