A long, long time ago, there was an ancient tradition of women who worked with sacred oils for the highest good of all. These women were called Myrrhophores, also known as myrrh-bearers or mistresses of the oils. They were priestesses of an even older order whose time has returned and is with us once again. 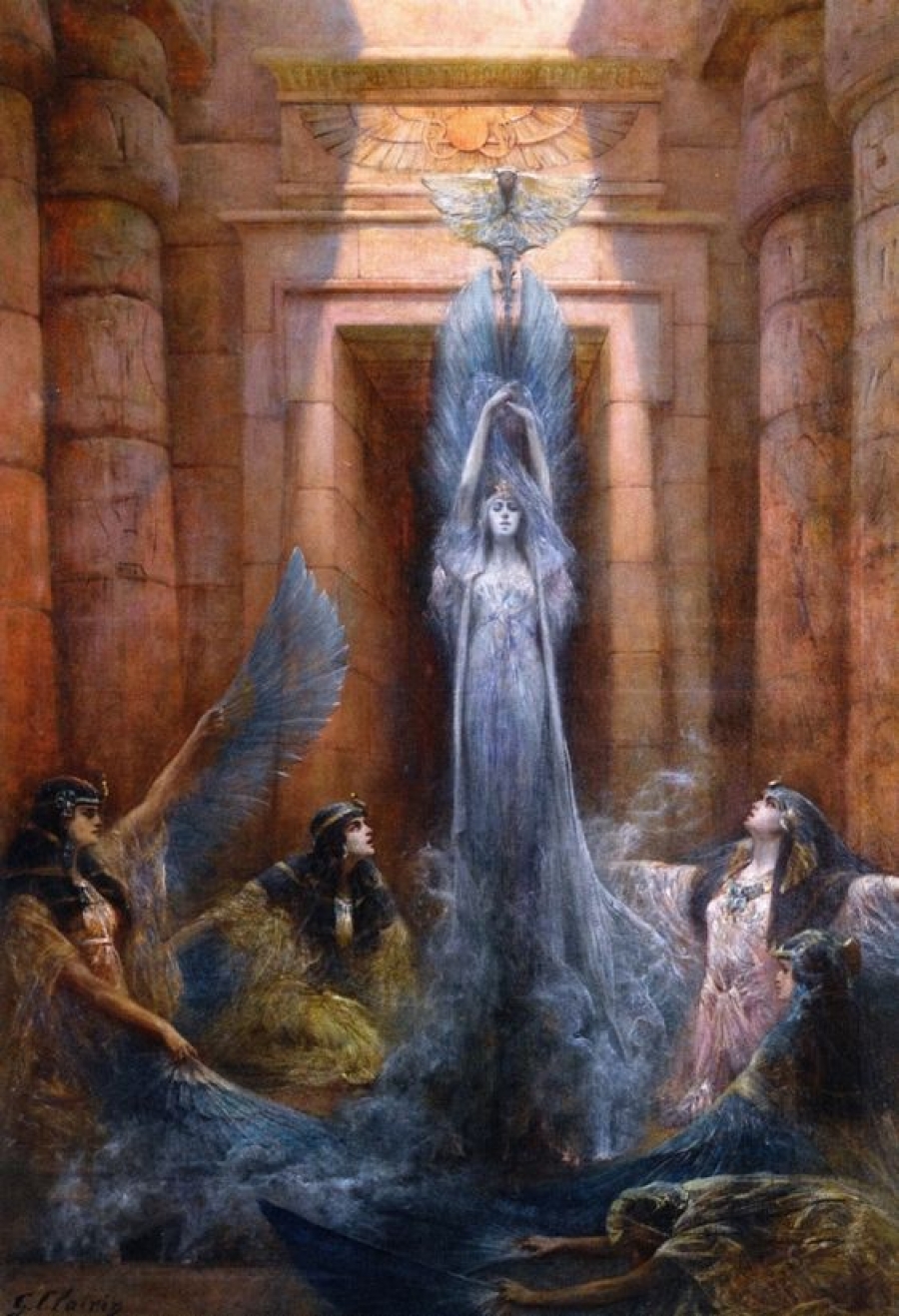 The work of these women was to anoint those approaching death and to prepare the way for the soul to soar. The sacred oil would realign people with their true soul essence, and carry them to the other side. The myrrhophore would hold a vigil, usually three days, whilst praying and uttering the intonation of the oil.

The combination of softly spoken voice and perfume healed the wounds in the soul caused by events not only in this life but also in the past.

This myrrh-bearing tradition has its earthly roots in the ancient temples of Egypt and is still kept alive by a few practitioners today. However, the oil itself is the High Priestess and gateway to the inner temple. Mary Magdalene was a myrrhophore. Isis was a myrrhophore. Cleopatra, Hatshepsut, etc. — the names are many, but the tradition is one.

The myrrhophore not only works with dis-ease in the spirit and soul but also the disharmony within the environment. She tunes in to the subtle discordance and acknowledges its unrest. Turning to the oils, and its pure expression of the Divine, she offers herself as a bridge, bringing the gift of wholeness and healing.

In the Eastern Orthodox and Greek Catholic churches, the third Sunday of Pascha (i.e. the second Sunday after Easter) is called the Sunday of the myrrh-bearers. It is clear that during the time of Christ, being a myrrhophore was a very esteemed and honourable position to hold, so much so that it was the most famous myrrhophore, Mary Magdalene, who got to see and speak with the resurrected Christ.

We also understand that Mary Magdalene held a vigil outside the tomb for three days and two nights. Did she just sit there making sure no one entered the tomb? Or did she sit there uttering the voice of the oil, speaking the words that bridge the worlds, weaving a realm for Yeshua to travel?

I have been writing about myrrhophores for a while, and have been noticing the overnight longing that arises in women when they read these words. There seems to be a quickening, a remembering, and an intense desire to acknowledge that this is what we are! This is heart medicine, streaming through the soul from the Temple of the Oil.

I first realized I was a myrrhophore when I inhaled spikenard. I became initiated right there and then, on the spot. I was instantly catapulted into a dark cave, warmed by ritual and intense prayer. The pungent fragrance opened a secret chamber in my heart as it stripped me bare to the memory of holding this medicine and decanting it to others and the land.

My love and adoration for Christ revealed its immensity as I keeled over and wept.

I had remembered what lay hidden in my soul, and now I am here to remind you. In the coming days, ask yourself, how many oils does your soul carry? How many are in your medicine bag? Write them down. Don’t think them up, dream them up. Feel into the quality of the oils, the countries they originate from, and who before you used them?

Locate these oils from a wild-crafted seller, I don’t like to purchase from big companies who spend lots of money on branding. When you start to get your oils together, spend a week or 10 days with these oils only. Meditate with them, bathe in them, dab a drop under your nose and sleep. Journal with these oils.

Ask the oils how to work alongside them. How best can you serve? What is the quality of your work? Do not underestimate just how deep these oils go. Write it all down. Contemplate, reflect, and be open.

When I went through this process, I was given the number 22. I have 22 oils in my medicine bag. They are mostly of the Egyptian and Palestinian era. My work is with the dying process, and speaking the transmissions (utterances) from the oils. The oils are my route into the Temple and the sustaining of that Temple when I am facilitating sacred space with others.

I have remembered what lay hidden in my soul, and now I am here to remind you.

Anaiya Sophia is a Châtelaine, Living Grail and Author/Whisperer of Heart Opening Wisdom. She once taught workshops throughout the world and was best known for the creation of Sacred Body Awakening. Now, you will always find her at home in the French Pyrenees where she has taken on an almighty project – the restoration of an old Catholic summer house into an educational wisdom hub, temple, animal sanctuary and place of grace.

Known for showing up as a trailblazing resource of unapologetic truth and transparent courage, her heart is both fierce and tender.  She carries an oral message that stirs the remembrance of a continuous lineage with the Feminine Principle that throughout the centuries has preserved its spiritual dignity, without the need for permission or recognition from any other source.

Anaiya lives in the Cathar region of Southern France with her beloved husband Pete Wilson. Together they run Les Contes, a B & B at the base of Montsegur where individuals, families and large groups can come and stay.  Les Contes is a truly extraordinary place, with a bountiful healing presence.

Anaiya is able to conduct Baptism, Marriage, Divorce and Death Ceremonies as there is a Chapel and Spring on-site.