I often wonder whether the new-age is part of the Dark Empire? In my observation, it attempts to spiritually cripple us in so many dangerous ways. In one single swipe, it could, and has, rendered our deep authentic knowing as obsolete and unreliable. Every day it drip-feeds influences that cause us to separate causing deep distrust and disdain amongst our people. Whereas, with another section of society, it seduces people into the belief of exclusivity, entitlement and being chosen. 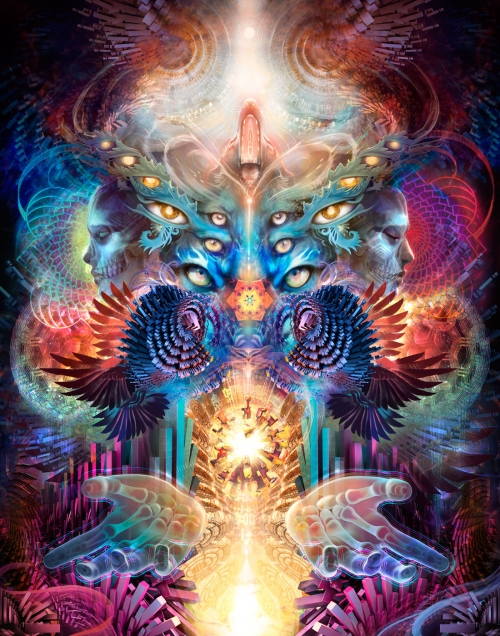 Its great manifesto declares - there is nothing out there, and how we are all one. Perhaps that is true, but there are important stages along the way to this realisation if we are going to take the path of genuine awakening.

Within our inner and outer reality there is a whole host of forces and influences being orchestrated by a reality that can that at times can be clearly seen, but mostly felt. They are the agents of the Dark Empire whose job it is to keep us inactive and fearful by giving our power away to the agents that come in via our thought forms, mood swings, movies, music, digital technology, but most of all - through social media. The Feminine Rising is the biggest threat to the Dark Empire because her natural response is to gather together, to communicate, to share, to cross-pollinate, to encourage to heighten and to inform the direction of our genuine spiritual awakening.

If the people gather and regain their inner knowing, the Dark Empire will crumble. Why? Because we will' see' the wool before it gets pulled over our eyes. We will 'hear' the motive and agenda before the words get spoken. And we will 'feel' the presence of a dark atmosphere and not be afraid of it anymore. Instead, we will challenge its assumed authority, and pull the plug on its limited hold over us. However, this will never happen if the people do not come together and share their knowledge openly without assuming hierarchy. And no good can come if only the world of humans is being considered.